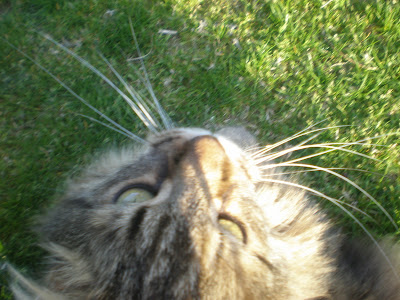 On September 28, 2011 we lost Libby.  She was 15 years old.  We knew it was coming - she hadn't been eating and was barely drinking water for a couple of weeks. 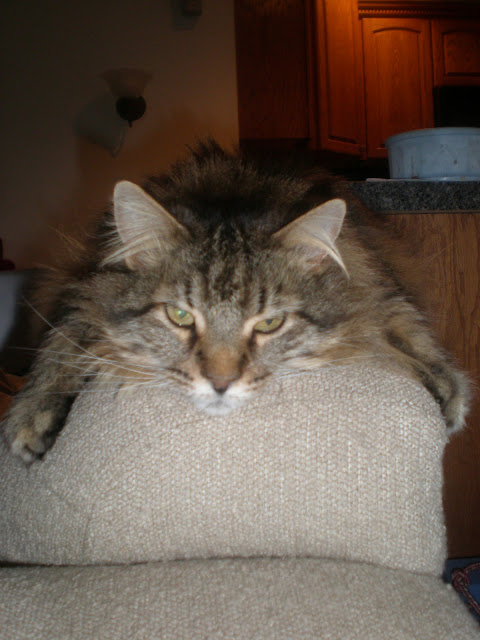 When she was sick in August the VET told us that we had done so much for Libby over the years and that Libby was lucky.  We realize that she was preparing us to let Libby go. 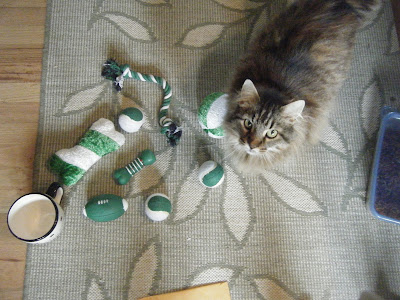 When we took Libby in on September 28th the VET told us there was nothing more to be done.  Libby was starving herself and she was ready to go.  All of this happened at the same time Pedro was being diagnosed with the bladder stone.  I didn't want to just throw a post out there about Libby's passing.  Libby was a WONDERFUL cat.  She looked you in the eyes when you talked to her.  She seemed to know, to understand what you were saying. 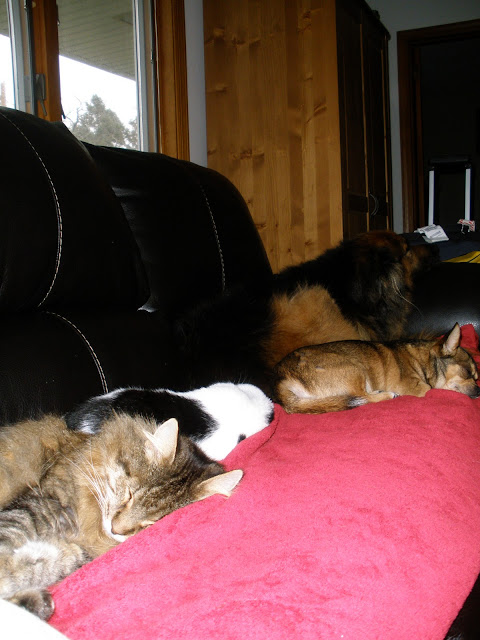 She was resiliant. She survived the dog attack and lived 5 years with only 3 legs but never lost her sweetness.  When a new animal joined our family, she was the welcome wagon. 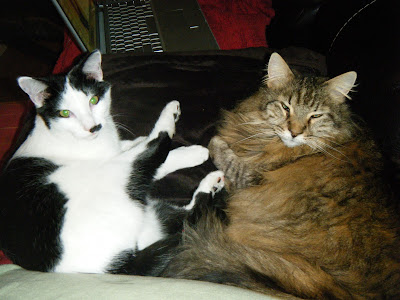 She treated Natty and then Kitty Kitty as if they were her own kittens. 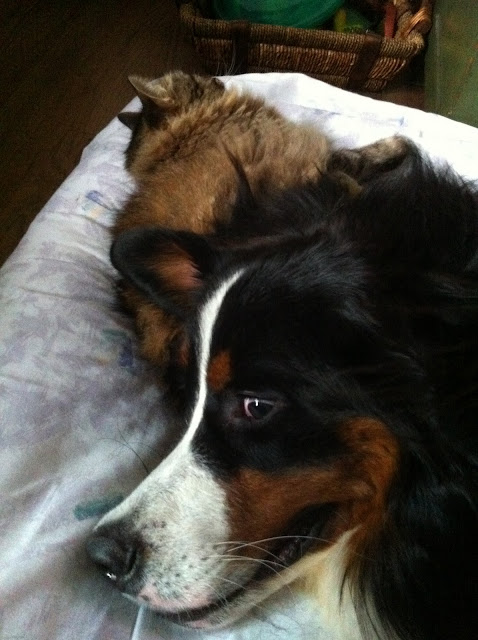 She loved Ziggy and Pedro and Marley even though a large dog almost took her life. 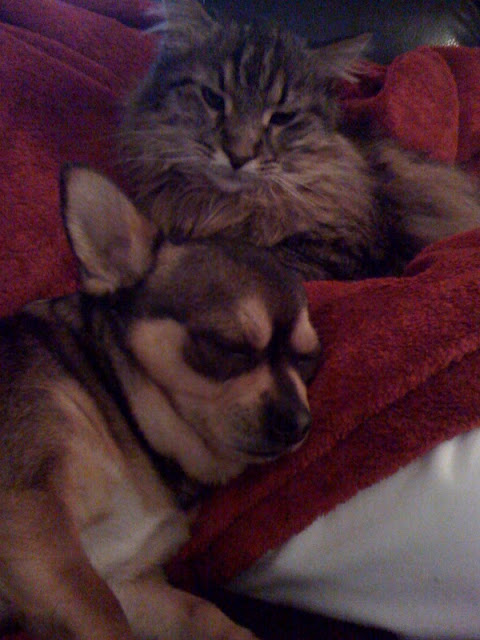 She never became fearful and always seemed to have a smile on her fluffy little face. 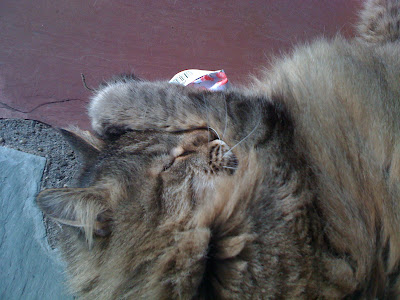 We will miss Libby.  She was our Queen...
Posted by Pedro

We are so sorry to hear about Libby. She was a very pretty kitty. Definitely as royally beautiful as a Queen. Gentle hugs and soft woos from all of us.

Mom's heart hurt when she found out about Libby. Hope you are doing ok. We hope Libby has found your sibs, and my sissies at the Bridge and that PooPoo is being nice to her.
JB and crew and mom too

We are soooo, soooo sorry! We are sure Libby had a great welcoming committee at the bridge! We also hope Pedro is doing well!

I am so sorry for your loss.

NAK and The Residents of The Khottage said...

She does have so special EYES -

It is diffikhult to lose pals BUT when they know it is time and they are ready to go, who are we to khwestion their wisdom -

we're so sorry to hear about Libby. you gave you so much love and a wonderul life. she will always live in your heart.

We know you miss Libby very much. We are sad that she is gonew!

I am so sowwy that youw Queen Libby had to go
I love heawing of hew sweetness and how impawtant she was to youw whole family
I know you will miss hew howwibully, but I know you gave hew love and a gweat life and she will stay in youw heawts fuwwevew.
I know that now you awe a queen in heaven and pain fwee and smiling fuwwevew
I'm sending extwa healing smoochies fow Pedwo..thewe has been too much sadness at youw house I'm so sowwy
love
ASTA

That door to Rainbow Bridge has opened a few too many times this year. :(

Libby does look like she was a Queen of hearts to all who came into her home. And what a forgiving soul to get on so well with your dogs after being so badly hurt by a dog.
There will sure be a special place for her at the Bridge.

Aw, Miss Libby, such a fine kitteh with a long and fulfilling life. You will be missed.

Your pack has had some tough times. Libby was beautiful and maybe she will have found Ziggy now at the bridge. Sending you our condolences, and also hoping Pedro is doing ok now.

Gypsy sends her love to you all. We loved all the beautiful photos, so much love in every shot.
Gypsy ;-) x

We are sorry to hear about Libby, it is awful to loose a loved pet.
We can only give them the best life we can. Before I started fostering my dog died at 17 but I always feel I was privileged to own her and know her.
Libby sounds like she was a lovely cat all so a privilege to know .
Licks Bobby

We are so very sorry to hear about Libby. We can tell she was very sweet and such a lovely kitty. You took great care of her. Sending you lots of hugs.

Sending tender purrs from my four kitties to your ♥. When a sweet cat walks into your life a spark is ignited and a bond formed that is difficult for non-cat-people to understand. I understand your loss and I understand the love. Rest in peace, sweet one, you will be missed dearly.

We are so sad and sorry to read of the loss of your beautiful kitty, Libby. She was gorgeous, and the photos are all so cute! And your wrote a very lovely tribute. She sounds like she was an amazing and strong cat, and much loved by all. Please know you are all in our hearts and prayers as you mourn her loss. Rest in Peace beautiful sweet Libby.

Oh Pedro!!! I am terribly sorry for your loss. Libby had a wonderful life with you all and please do not be sad for too long because she is now young and healthy again. Big warm hugs for you and your whole family!
Love always,
Dino

Oh cousin Pedro, i am so sad and sorry for your loss :(.

Maybe this will cheer you up a little...I wanted to let you know about a special book review and contest that I just posted about. I sure would love you to participate and would also hope that you would spread the word!

im so sorry to hear that! our thoughts and prayers will be with libby and family..

I'm so sorry to hear about it, I'm praying for strength and more comfort for your family! stay strong! 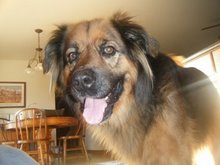